I have a pretty busy couple of weeks this time of year.  Thanksgiving and 3 birthdays hit within 10 days of each other usually!  It's crazy busy.  I honestly don't know how I survive.

Here are a few pictures from my daughter's birthday party.
She's a big fan of the new My Little Pony: Friendship is Magic series, and she just had to have a party featuring them!

So here is the party table! I made a rainbow on the wall (unfortunately for picture's sake, it had to be in front of a window) made of tulle that I purchased at JoAnn's.  I had some poly-fill in the basement that I used to make a cloud, and I also came across these super cute twinkling star battery operated Christmas lights that I wove into the cloud! It turned out super cute. 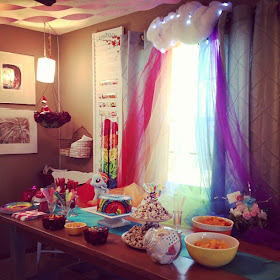 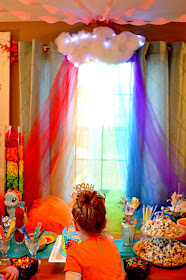 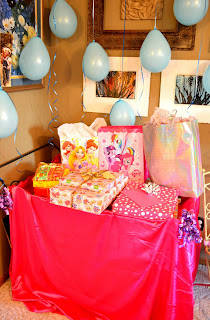 The show stopper was the cake!  My mom and my cousin made the cake and it turned out so Ah-Mazing!
E's favorite character is Rainbow dash and my cousin, Allie painted her on top, while my mom, Jo Ellen, baked the cake and decorated the sides with Skittles.  It was awesome. 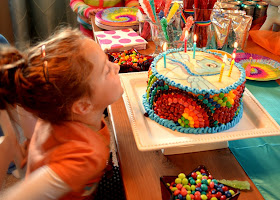 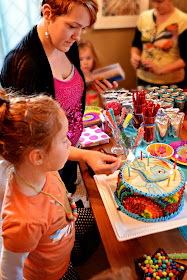 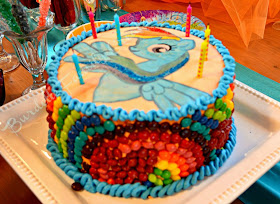 It was a RAINBOW CAKE!!!  I was even surprised when I cut into it! 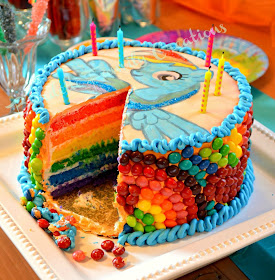 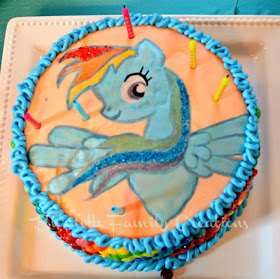 I also made these super cute party favors!  I picked up nail polishes that matched the colors of each pony character, and then made curly ribbon "manes" that matched the ponies as well!  I then glued on pictures of the ponies for E's sake.  I threw them in a clear bag with a pretty nail file, a pony fruit snack pack and sealed it all up with a rainbow ribbon and paper cloud. Adorable! 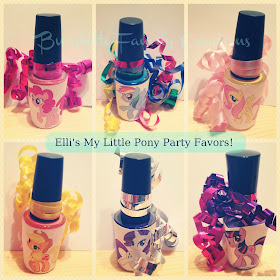 Thanks for looking!
~ Jessie